How do you locate fossil genes? It is possible to track them down in our genome by comparing our DNA with the DNA of another not too closely related species, such as the mouse for example. The rule is straightforward: if a gene is active in mice but not in humans, then it must be a fossil gene in humans. In this way, scientists have been able to show that the great majority of genes that are involved in pheromone perception in mammals are inactive in humans. These genes are the remains of a long gone era when our ancestors used chemical messages to communicate, as many animals still do today. 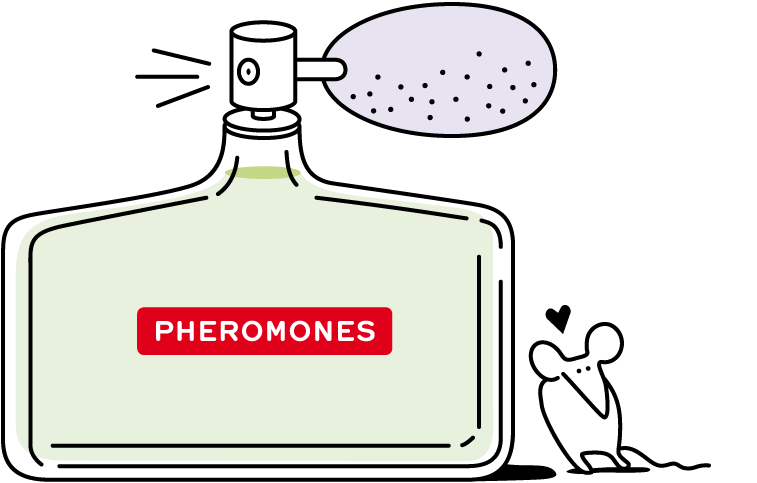 Have humans really become insensitive to pheromones? No. Not only do we transmit a few – in our saliva and other secretions – but we also react to them. So how do we perceive them? There are the remnants of a tiny organ inside our nose, which is at the heart of pheromone perception in many animals but seems to be inactive in humans. The problem remains unsolved.

The best known effect of pheromones on humans is the synchronization of the menstrual cycles of women who are part of a community. Pheromones also influence our social relationships. They are important in establishing the very first bonds between a mother and her newborn, and are known to stimulate the infant’s appetite when it is time to feed.

Protein Spotlight: No one nose

What is a mutation?