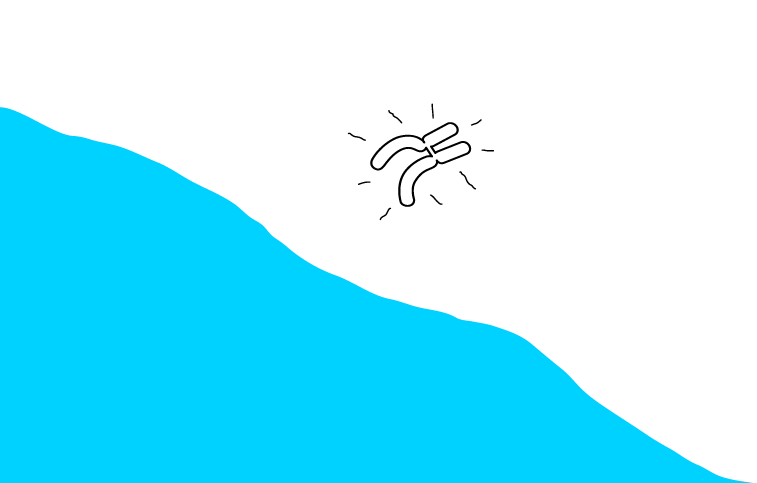 In a day and age when productivity drives society, it is strange to own genes that seem to be of no use. There they lie in our genome, like sunken ships that have been washed ashore. And, just like wrecks, they are part of the memory of ancient times. This said, though they are inactive genes today, they are still able to reveal precious information about the past of the human species.

MC1R: This gene is involved in the colour of skin, hair (red) and eyes. Curiously, it also influences the efficiency of anaesthetics used by dentists.

BCKDK : This gene is involved in a form of autism, which can be treated with a given diet.

Protein Spotlight : the silence within

FHOD1: This gene is involved in the formation of intracellular transport vesicles.

a taxi for oxygen

HBA2: This gene codes for hemoglobin, the protein which transports oxygen in our blood.