in the UK and the USA 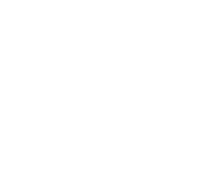 The story of life

10 to 100 million species live on our planet. Every single species – from bacteria, insects and birds, to plants and humans – has a common ancestor. According to Charles Darwin and his theory of evolution, which was published in ‘On the Origin of Species’ in 1859, species evolve thanks to natural selection. The theory explains the basis of kinship between all species. Although it remained controversial for a long time, it has now been largely accepted.

RPLP0: This gene codes for a protein which is part of the ribosome and is therefore involved in making proteins.

RPL6: This gene codes for a protein which is part of the ribosome and is therefore involved in making proteins.

a question of height

Publication: A common variant of HMGA2 is associated with adult and childhood height in the general population

TPI1 (TPIS): This gene is involved in sugar metabolism.