in Germany and the USA 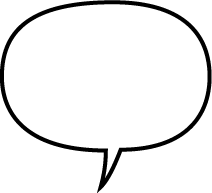 A gene to say it

Humans are the only animals that can make sentences – with words, and using grammar and syntax. And it is precisely for this reason that scientists have been looking for THE language gene, which is responsible for giving humans what other animals do not have, in other words speech.

SLC26A4: This gene is associated with congenital deafness.

TAS2R4/TAS2R38: These genes code for proteins involved in the perception of bitter compounds in the lungs.

Protein Spotlight: A tail of protection

OPN1SW: This gene is involved in recognising the colour blue. When it is defective, it is associated with ‘blue colour blindness’.

pump up the volume

SLC26A5: This gene codes for the prestin protein which is involved in hearing. It is a fast-working protein, hence its name.

Protein Spotlight: Pump up the volume

EPO: This gene codes for EPO, a hormone that stimulates the production of red cells and can thus increase an athlete’s performance.

Tale: Journey in a tiny world